Mar 31, 2012
Kashmir Telegraph News Service
WASHINGTON – Syed Ghulam Nabi Fai, 62, a U.S. citizen and resident of Fairfax, Va., was sentenced today to 24 months in prison, followed by three years of supervised release, for conspiracy and tax violations in connection with a decades-long scheme to conceal the transfer of at least $3.5 million from the government of Pakistan to fund his lobbying efforts in America related to Kashmir. 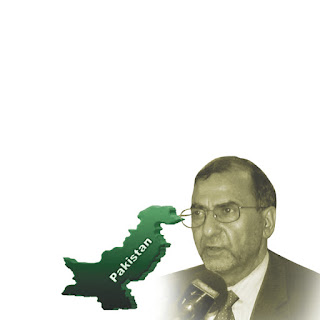 The sentencing was announced by Neil MacBride, U.S. Attorney for the Eastern District of Virginia; Lisa Monaco, Assistant Attorney General for National Security; John DiCicco, Acting Principal Deputy Assistant Attorney General for the Justice Department’s Tax Division; James McJunkin, Assistant Director in Charge of the FBI Washington Field Office; and Eric Hylton, Special Agent in Charge of the Internal Revenue Service (IRS) Criminal Investigation’s Washington, D.C., Field Office, after sentencing by U.S. District Court Judge Liam O’Grady in the Eastern District of Virginia.
On Dec. 7, 2011, Fai pleaded guilty to a two-count criminal information. Count one of the information charged Fai with conspiracy to: 1) falsify, conceal and cover up material facts he had a duty to disclose in matters within the jurisdiction of executive branch agencies of the U.S. government; and to 2) defraud the Treasury Department by impeding the lawful functions of the IRS in the collection of revenue. Count two of the information charged Fai with endeavoring to impede the administration of tax laws.
According to court documents filed with his plea agreement, Fai served as the director of the Kashmiri American Council (KAC), a non-governmental organization in Washington, D.C., that held itself out to be run by Kashmiris, financed by Americans, and dedicated to raising the level of knowledge in the United States about the struggle of the Kashmiri people for self-determination. But according to court documents, the KAC was secretly funded by officials employed by the government of Pakistan, including the Inter-Services Intelligence Directorate (ISI).
“Mr. Fai spent 20 years operating the Kashmiri American Council as a front for Pakistani intelligence,” said U.S. Attorney MacBride. “He lied to the Justice Department, the IRS, and many political leaders throughout the United States as he pushed the ISI’s propaganda on Kashmir.”
“Syed Fai is today being held accountable for his role in a decades-long scheme to conceal the fact that the government of Pakistan was secretly funding his efforts to influence U.S. policy on Kashmir,” said Assistant Attorney General Monaco.
“Today’s sentence sends a strong message that using the tax-exempt status of charitable entities to promote or conceal federal crimes carries heavy consequences,” said Acting Principal Deputy Assistant Attorney General DiCiccio.
“Mr. Fai had a duty to inform the U.S. Government of the finances which he received from Pakistan to fund lobbying efforts,” said FBI Assistant Director in Charge McJunkin. “Concealed foreign affiliations can be a significant threat to our democracy, and those who engage in hiding these associations will be brought to justice.”
“Today’s sentencing further shows that IRS-Criminal Investigation is working vigorously to stop the misuse and abuse of charities in promoting or concealing federal crimes,” said IRS Special Agent in Charge Hylton. “The message is clear that those who engage in this type of activity will face stiff criminal penalties.”
The Scheme
Fai admitted in court that, from 1990 until about July 18, 2011, he conspired with others to obtain money from officials employed by the government of Pakistan, including the ISI, for the operation of the KAC in the United States, and that he did so outside the knowledge of the U.S. government and without attracting the attention of law enforcement and regulatory authorities.
To prevent the Justice Department, FBI, Department of Treasury and the IRS from learning the source of the money he received from officials employed by the government of Pakistan and the ISI, Fai made a series of false statements and representations, according to court documents. For example, Fai told FBI agents in March 2007 that he had never met anyone who identified himself as being affiliated with the ISI and, in May 2009, he falsely denied to the IRS on a tax return for the KAC that the KAC had received any money from foreign sources in 2008.
In addition, according to court documents, Fai sent a letter in April 2010 to the Justice Department falsely asserting that the KAC was not funded by the government of Pakistan. Later that year, Fai falsely denied to the IRS that the KAC had received any money from foreign sources in 2009. In July 2011, Fai falsely denied to FBI agents that he or the KAC received money from the ISI or government of Pakistan.
In fact, Fai repeatedly submitted annual KAC strategy reports and budgetary requirements to Pakistani government officials for approval. For instance, in 2009, Fai sent the ISI a document entitled “Plan of Action of KAC / Kashmir Centre, Washington, D.C., for the Fiscal Year 2010,” which itemized KAC’s 2010 budget request of $658,000 and listed Fai’s plans to secure U.S. congressional support for U.S. action in support of Kashmiri self-determination.
Fai also admitted that, from 1990 until about July 18, 2011, he corruptly endeavored to obstruct and impede the due administration of the internal revenue laws by arranging for the transfer of at least $3.5 million to the KAC from employees of the government of Pakistan and the ISI.
According to court documents, Fai accepted the transfer of such money to the KAC from the ISI and the government of Pakistan through his co-defendant Zaheer Ahmad and middlemen (straw donors), who received reimbursement from Ahmad for their purported “donations” to the KAC. Fai provided letters from the KAC to the straw donors documenting that their purported “donations” to the KAC were tax deductible and encouraged these donors to deduct the transfers as “charitable” deductions on their personal tax returns. Fai concealed from the IRS that the straw donors’ purported KAC “donations” were reimbursed by Ahmad, using funds received from officials employed by the ISI and the government of Pakistan.
The Kashmir Telegraph is the publication of Pune-based, not for profit, think-tank, Kashmir Bachao Andolan. Write to us at editor@kashmirtelegraph.com

Truth About Article 370 of the Indian Constitution

Innovation and Collaboration to Drive Realty Revival in 2021: CII Realty and Infrastructure Conclave 2020